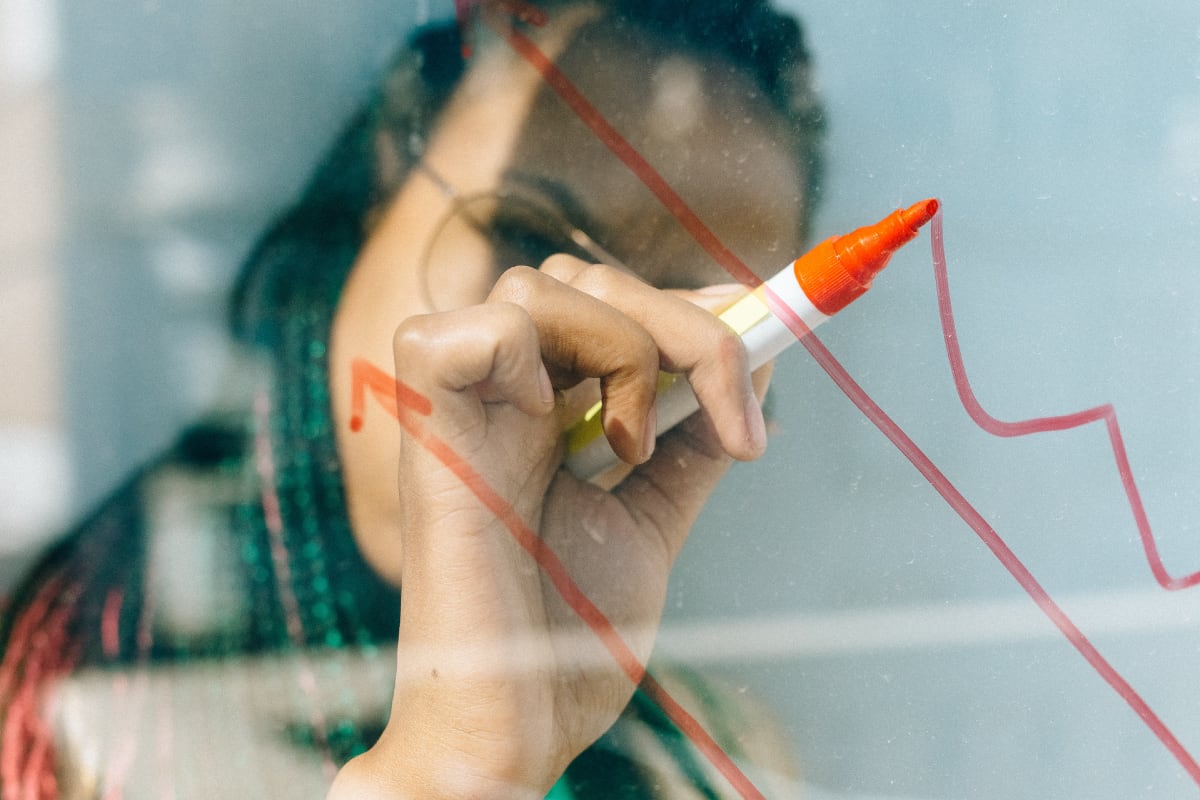 Your Bitcoin journey begins here. Read our comprehensive guide to cryptocurrency trading for beginners and become an expert in no time!

It’s almost impossible to not have heard about cryptocurrency, either on the news or through someone mentioning it in conversation. But what exactly is it? If you’re not up to speed on cryptocurrency, don’t feel too down. It’s still a foreign concept to many and can be difficult to get a grasp of if you’re not well educated on the basics.

To help you properly understand what cryptocurrency is, how it works, we’ll discuss its history to get an insight on why it exits and shed some light on its inner workings. We’ll also shed light on the various forms of cryptocurrencies, as well as speculate on what the future of the industry looks like. With some knowledge of the history, you’ll build a foundation that will help understand the core concepts more thoroughly.

While cryptocurrencies have seen a surge in popularity, coming out of obscurity in the past decade, the general public hasn’t paid much attention to until the past few years when it gained its recent notoriety. Even a few decades ago, cryptocurrencies were around and in development, far before Bitcoin came into inception.

Was Bitcoin the First Cryptocurrency?

Cryptographers were dabbling around with concepts of encrypted currencies for decades before Bitcoin was released. At this point in time, there was no unified concept of what really is a cryptocurrency and what its philosophy was, which led to each creator coming up with their own concept for what it meant. Nick Szabo, a computer scientist, developed one of the earliest and well-known cryptocurrencies in the form of bit gala in 1998. While this cryptocurrency did not have a public release, it’s heavily lauded as an inspiration or a foundation for what would be known as Bitcoin.

The Creation of Bitcoin

A paper written by the mysterious Satoshi Nakamoto was spread around a cryptography mailing list, giving the idea of a peer-to-peer transaction system. This, along with a domain name registry in 2008 are the first known appearances of the term Bitcoin. With ideas of a decentralized network to trade Bitcoin, the idea took a few years to truly set off. Merchants began to take notice and it was only a matter of time that it became an emerging means of making sales and purchases.

It was only a matter of time until others would hop on the cryptocurrency bandwagon, taking inspiration from Nakamoto and Bitcoin’s ideas to create their own versions.

In 2014, cryptocurrencies had surfaced on the internet in large quantities. While many of them left the market as fast they had appeared, a few exceptions, notably Ethereum, would garner a cult following and later go on to become a global phenomenon, just like Bitcoin. The people were already tired of the corruption and control of the financial system, and cryptocurrencies were being heralded as saviors that would help people gain control of their money all over again. People could no longer ignore cryptocurrencies as a fluke, with lasting power as they spread across multiple online portals becoming a means of transaction. The value of Bitcoin spiked to $20,000 from a basic $900.

In 2018, the industry hit the $600 billion region and the naysayers began to change their opinion, hopping onboard soon.

A cryptocurrency at its most basic is a digital currency that’s protected with some form of cryptography. Rather than include any middleman or authority such as a bank or financial institute, the cryptocurrency system is maintained through a public ledger and distributed accordingly. Cryptocurrency is not a lawless domain and actually involves predetermined set of rules and regulations that expand towards the creation of new tokens as well as the limit of tokens available on the market.

The blockchain is the digital ledger that contains all of the information regarding the transactions being made in Bitcoin. It helps provide transparency to the system as each transaction is timestamped and available publicly for verification of transaction without any chances of illegal alteration. You do have to pay a small fee for each transaction made to the ledger, but it helps keep the system running and maintain security.

Suppose that you want to send some Bitcoin to your friend’s wallet. The process is fairly simple as you create a transaction from your account and make a request to send the Bitcoin to your friend’s wallet. After paying the nominal charges for the ledger, miners will now begin to verify your transaction and eventually post it on the blockchain. Along with other blocks, your transaction is grouped onto the blockchain to maintain a complete record of all of the transactions made on the platform.

With the help of this process, you can practically make transactions worldwide at any time of the day. The recipient could be in any part of the world and will be able to receive the amount, regardless of any limits in a matter of minutes or even seconds. The prices you pay for ledger maintenance is minimal compared to any of the mainstream solutions available on the market.

Sign up to Coinbase here and get 10$ FREE Bitcoin

What’s It Used For?

Initially, people were using Bitcoin for sending large amounts of money to other people without having to pay fees for banks and other state, federal taxes involved in the process. The anonymous process of sending wealth across the globe was appealing to newcomers. Now, it’s almost a mainstream application, with people being able to pay their bills and make purchases for items such as electronics with the help of Cryptocurrency.

Many people have begun to use it as a means of collateral, starting a new wave in the finance world. Being a part of the tech renaissance, it’s inevitable that the technology would be used in other tech applications as well. Most commonly, it’s being used for funding various startups. You could potentially travel by paying with Bitcoin, land at your destination and book or purchase a vehicle, with Bitcoin.

How to Spend Cryptocurrency

One of the reasons why cryptocurrency is so good is the fact that merchants are already onboard and using it. Gone are the days when it was only useful for passing around wealth, as its usage becomes more widespread. So, what exactly has been purchased with Bitcoin so far? Anything from Pizza, with the help of Pizzaforcoins, which helps make payments to retail outlets like Papa John’s, Dominos and Pizza Hut. One of the first purchases made through Bitcoin was actually Pizza. On the other end of the spectrum, services like BitPay will let you purchase high-end real estate and other properties.

Currently, Virgin Galactic is allowing users to book a ride into space by paying through Bitcoin.

Unfortunately, Bitcoin can’t be found at your local bank or the grocery store just yet. Nor is it at the average stock exchange. You can purchase it online on various cryptocurrency stock exchanges however, allowing safe and easy transactions for your convenience.

You have heard about it on the news or from a friend, but what exactly is cryptocurrency? Don’t feel down if you don’t yet have a firm grasp on this new asset class. Cryptocurrencies can be difficult to understand if you don’t know the basics. We bring you a brief yet comprehensive beginner's guide to buying cryptocurrency!

To give you a better understanding of what cryptocurrency is and how it works, let’s go through the history of this relatively new technology, an overview of its inner workings, different types of cryptocurrency, and where this industry could go in the future. Once you get some background information on these subjects, you will gain a much more solid understanding. Go through our guide to Cryptocurrency trading for beginners and start earning making digital cash today!

This post may contain affiliate links, meaning I get a commission if you decide to make a purchase through my links at no cost to you. Please read my disclosure for more info. Clicking any of the links on this website does not increase the cost or affect the price for any item you purchased. Our main purpose is for informational purpose and not for just earning 🙏

Things to avoid while trading crypto

TOP 50 COMMON MISTAKES NEWBIES MAKE THAT CAN BE AVOIDED!

Thank you! Please check your inbox 📩
Oops! Something went wrong while submitting the form.

How to Maximize Your Profits with Cryptocurrencies?

All You Need to Know About BlockFi

What is Blockchain and How is It Related to Cryptocurrency?

Cryptocurrencies, DeFi and Metaverse by TradingView

Things To Avoid When Trading Crypto

A free guide to get you started.

Learn the basics of initial coin offering and getting started with crypto staking.

How Important is Cryptocurrency in Today’s World

Explore Urban Crypto to discover the significance of cryptocurrency in today’s world and benefits of blockchain for business.

If you’re new to cryptocurrency, wallets, and exchanges, you need to check out these common crypto scams to keep your cryptocurrency safe.